Learn how to be a better performer through magic.

For two weeks, campers ages 10 through 18 will learn stage presence, voice projection, staging, costuming, improvisational theater, and of course magic. Lots of magic. Participants do not necessarily need to have previous experience at Fantastic Magic Camp, or even in magic, but they should have a desire to learn and perform.

On the next-to-last last day of the program, campers will put on a magic show using their own props and props and illusions loaned to them by the camp. They will perform the same show twice. The first performance will be for the campers at 3:00 pm and the second for their families and friends at 6:00 pm. Peter Hinrichs, AKA Peter the Adequate, who has over 40 years of experience as an actor, director, and magician, will lead the program with assistance from guest performers Kent Cummins, Cody Fisher, Bonzo Crunch, Arsene Dupin, and maybe even a surprise performer or two.

The program will run from 9 am to 5:00 pm each day. Campers will have an opportunity to take part in some of the regular camp activities but will receive a lot of individual attention on their performance skills and they will work each day on putting together their show. Registration for this program is required. On the Registration page, choose the Wizard School option.

"19 years after my first Performance Academy, I still have fond memories of my experience. I carried the techniques I learned on how to project my voice and improvise into my career as an informal educator. I still brag to my friends about knowing how to do certain stage illusions and the time I spent getting to know celebrity magicians." Cass Landrum - Camper “Peter has an uncanny ability to tweak a performer's work and take it to the next level.” Cody Fisher – Magician and Lecturer “I have worked with Peter for more than thirty years and have never seen anyone who is better at helping young performers get even better. His genuine empathy for each student is amazing, and his creativity is off the charts!” Kent Cummins – Magician and founder of Fantastic Magic Camp "In a play, everybody's got a script to follow. In a Magic Show, all kinds of little things can mess up the illusion. Peter's Performance Academy taught me how to really trust my fellow performers. We all want the show to be great. If we trust each other, no matter what happens, we can work it out." Vivian Chang - Camper "Vivian has been a Fantastic Magic Camper for 6 years, but Performance Academy has been especially valuable. She learned so much about stage presence, working with an audience, putting a show together, and being part of a troupe. All of that adds to self-confidence, while also preparing her to do well with school presentations and group projects. And that Magic Camp spirit of creativity, community, and character shines through everything they do. Highly recommended." Martha & Mike Chang – Vivian’s parents “In the five years that I have worked in and with the Performance Academy, I have seen and experienced the joy and excitement of planning and putting on a show for an audience. It allows the campers to step out of their shell and see how amazing their talents and skills are. The Performance Academy is a very rewarding experience for everyone, and I recommend it to anyone who thinks they might want to try.” Kyle HerrNeckar - Camper “As a parent, you hope to see your children thrive and flourish in whatever they choose to do. At the Performance Academy, you will see exactly that. My son became more confident standing in front of a crowd, which has helped tremendously at school. He learned how to help his fellow campers succeed. He also has learned to handle situations which may not always go as planned. Plus, he learned in-depth magic tricks! All these skills will be ones he carries throughout life and help him be the confident young man he is becoming.” Lisa HerrNeckar – Kyle’s mom “Peter the Adequate is a creative fireball. His ideas are so fast-paced, rapid-fire and off the wall that we always ended up with more than we’d ever been able to use, and the best of the ideas always turned into creative performance gold! His unique twist on the classic Metamorphosis and Doll’s House Illusions got rave reviews and helped us to win the Texas Association of Magicians Best Comedy Magic Act.” CJ Johnson – Illusionist and Hypnotist 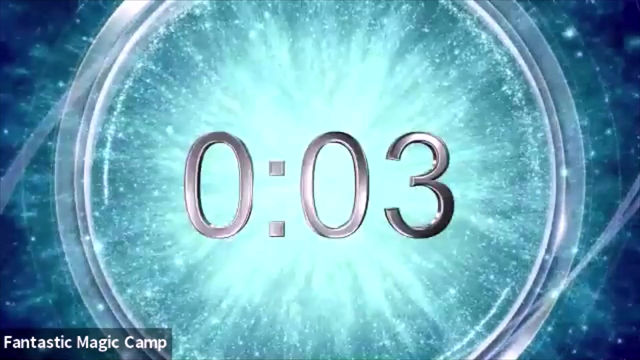 We succeeded beyond our expectations!

Magic Camp Jr. - for your young ones!